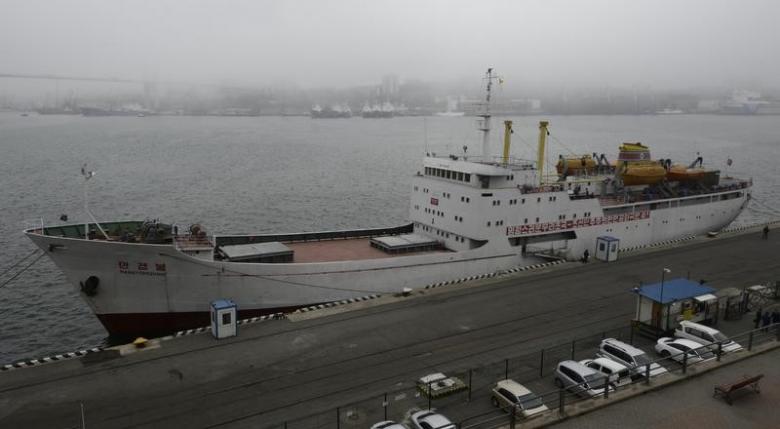 The North Korean ferry, the Mangyongbong, is docked in the port of the far eastern city of Vladivostok, Russia, May 18, 2017. REUTERS/Yuri Maltsev
By Valeria Fedorenko | VLADIVOSTOK, RUSSIA

A new ferry between isolated North Korea and Russia docked for the first time at the Pacific port of Vladivostok on Thursday, in spite of U.S. calls for countries to curtail relations with Pyongyang over its nuclear and missile programs.

The launch of the weekly service linking Vladivostok and the North Korean port of Rajin also came despite North Korea’s test-firing of a new type of ballistic missile on Sunday that landed in the sea near Russia.

The ferry’s Russian operators say it is purely a commercial venture, but the service’s launch coincides with what some experts say is a drive by North Korea to build ties with Moscow in case its closest ally China turns its back.

The service is pitched at Chinese tourists wanting to travel by sea to the Pacific port of Vladivostok, according to the operators.

China has no ports on the Sea of Japan, so traveling to North Korea and on to Vladivostok is the quickest way of reaching Vladivostok by sea.

“It’s our business, of our company, without any state subsidies, involvement and help,” Mikhail Khmel, the deputy director of Investstroytrest, the Russia firm operating the ferry, told reporters.

The new ferry link comes in spite of recent calls by U.S. Secretary of State Rex Tillerson for countries to fully implement U.N. sanctions and review their ties with North Korea to pressure it to give up its weapons programs.

“We call on all nations to fully implement U.N. Security Council Resolutions, and sever or downgrade diplomatic and commercial relations with North Korea,” a spokeswoman for the U.S. State Department, Katina Adams, said when asked about the new ferry service.

Adams noted Russia’s “obligation” under U.N. Security Council resolutions, “to inspect all cargo, including personal luggage, of any individual traveling to or from” North Korea.

Journalists were unable to see passengers disembarking from the North Korean-flagged vessel Mangyongbong at Vladivostok because Russian officials kept them away from the quayside, citing unspecified security reasons.

But Reuters television was able to speak to three passengers, who said they were representatives of Chinese tourism agencies.

One of the passengers showed a photograph on her smartphone she said had been taken on board. It showed a plaque with an inscription in Korean which, she said, bore the name of North Korea’s long-dead founder Kim Il Sung.

The United States has been discussing possible new U.N. sanctions on North Korea with China, which disapproves of North Korea’s development of nuclear weapons and ballistic missiles to deliver them, but remains its main trading partner.

Washington is looking to toughen U.N. sanctions to cut off Pyongyang’s sources of funding and to block smuggling of materials needed for its weapons programs.

Russia, especially the port of Vladivostok, is home to one of the largest overseas communities of North Koreans, who send home much-needed hard currency.

To date, there are no signs of a sustainable increase in trade between Russia and North Korea, but Russia has taken a more benign stance toward Pyongyang that other major powers.

Speaking in Beijing this week, Russian President Vladimir Putin said Moscow was against North Korea’s nuclear program, but that the world should talk to Pyongyang instead of threatening it.

Asked about the ferry, Russian Foreign Ministry spokeswoman Maria Zakharova said on Thursday she “didn’t see a connection” between the new service and political issues. 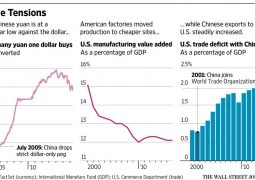 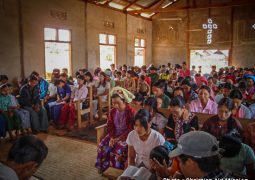 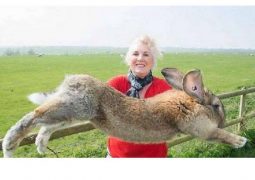 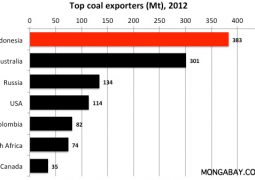 Indonesia’s coal price reference set at $91.8 per ton in February 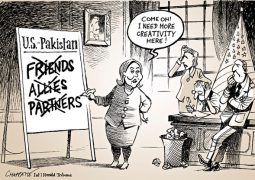 US hints at extending visa ban to Pakistan 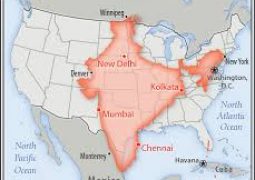