A large fleet of some 260 Chinese fishing vessels has been spotted in the waters surrounding the Galapagos Ecuadorian islands, the country’s navy officials said last week.

The Ecuadorian Navy said it has increasing patrolling to ensure the Chinese ships do not enter the exclusive economic zone around the Galápagos Islands, where 19th-century British explorer Charles Darwin developed his theory of evolution.

“We are on alert, conducting surveillance, patrolling to avoid an incident such as what happened in 2017,” Ecuador’s Defense Minister Oswaldo Jarrin said at a press conference. Three years ago, a Chinese ship was apprehended in the Galápagos Marine Reserve carrying 300 tons of marine wildlife — mostly sharks, including the hammerhead, which is near extinction.

“There is a corridor that is international waters, that’s where the fleet is located,” Jarrin added.

The Galápagos – as well as an about 188-mile radius of the surrounding ocean waters – since 1978 UNESCO World heritage site 1978 for its unique marine wildlife and biodiversity. The Chinese fleet is sitting about 200 miles from the nine-island archipelago in international waters.

Former Ecuadorian environment minister, Yolanda Kakabadse, along with Roque Sevilla, a former mayor of Ecuador’s capital, Quito, told The Guardian on Monday that they were developing a “protection strategy” to ask the Chinese fleet not to return, enforce international agreements protecting migratory species and extend the exclusive economic zone to a 350-mile radius from the islands.

“This fleet’s size and aggressiveness against marine species is a big threat to the balance of species in the Galápagos,” Kakabadse said. To that sentiment, Sevilla echoed: “Unchecked Chinese fishing just on the edge of the protected zone is ruining Ecuador’s efforts to protect marine life in the Galápagos.”

Chinese fishing vessels annually come to the international waters around the Galapagos, but this year, the fleet is significantly larger than before and has come within a closer range of the islands.

Ecuador President Lenín Moreno tweeted his support in preserving the Galápagos Islands on Saturday, writing in Spanish: “We will work in a regional position to defend and protect the Exclusive Economic Zone around the Galápagos Marine Reserve, one of the richest fishing areas and a hotbed of life for the entire planet.” 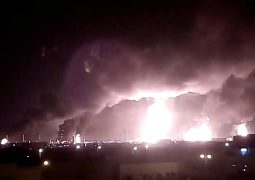 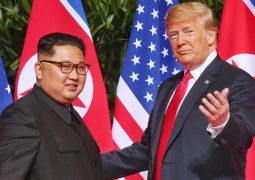 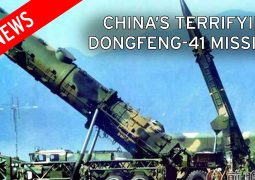 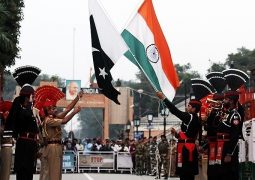 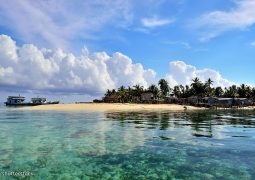 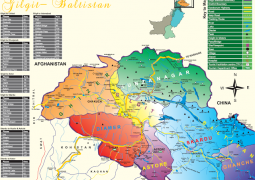 For Kashmir, CPEC Highlights Divisions Will New Delhi look to bring peace to Kashmir by accepting the China-Pakistan Economic Corridor?