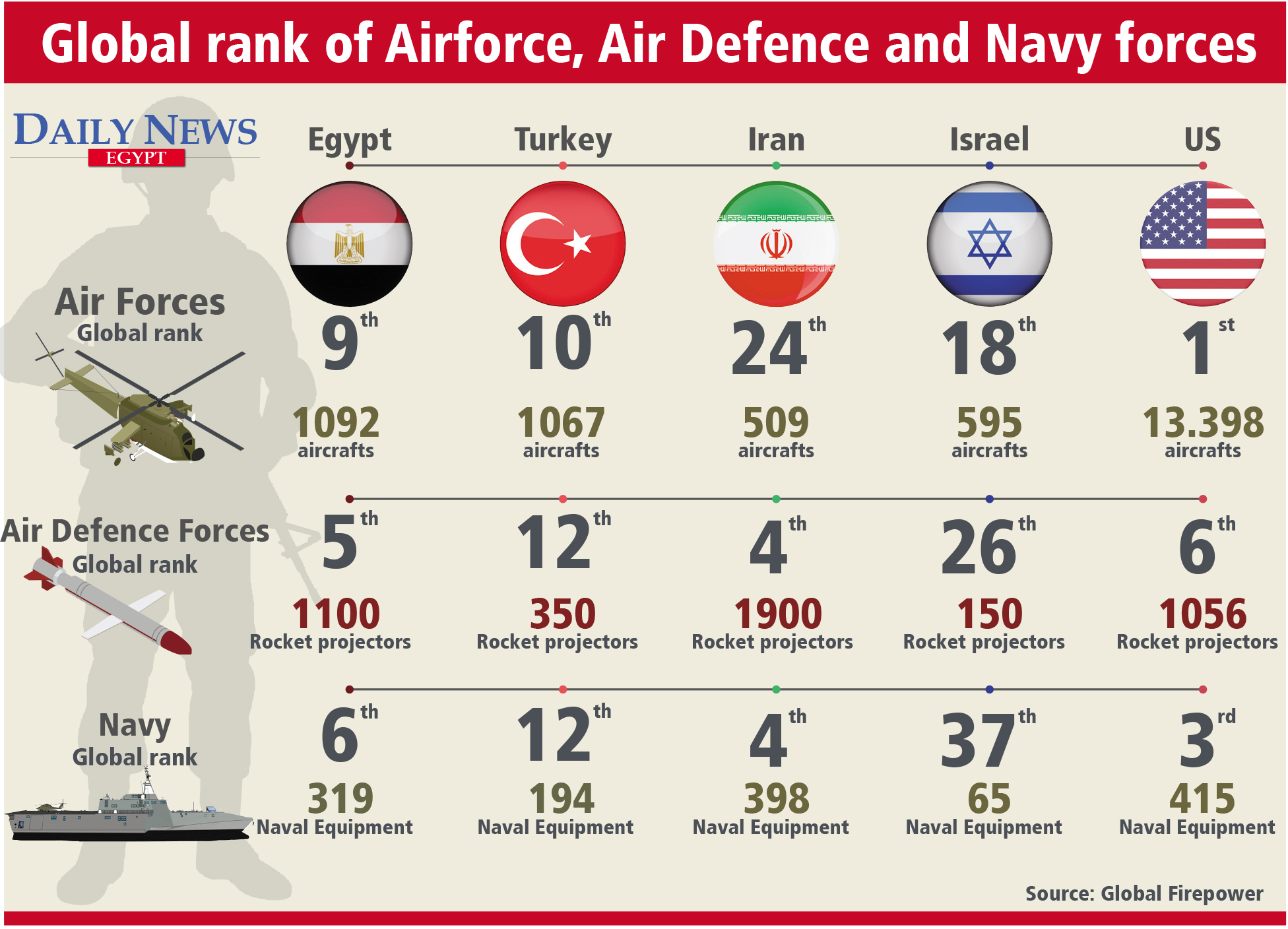 Absent of a justifiable reason, Cairo declared its intent to militarily intervene in neighboring Libya if the United Nations-recognized Government of National Accord (GNA) advances on the strategic Sirte province or the Jufra air base, which would leave Egypt-backed putschist Gen. Khalifa Haftar in a weak position. President Abdel-Fattah el-Sissi’s threats to a sovereign country are not only a violation of international law but would also result in a deadlock, further deepening political fractures and hindering peace efforts in the war-torn nation, experts said, indicating that Cairo’s statements were nothing other than irrational bluffs.

In a televised speech from the Egyptian city of Matrouh near the Libyan border last week, el-Sissi suggested that Cairo could launch “external military missions” into Libya “if required,” saying that “any direct intervention in Libya has already become legitimate internationally.”

El-Sissi told his army to “be prepared to carry out any mission here within our borders, or if necessary outside our borders” and warned that any attack on Sirte or the inland Jufra military air base by the GNA would amount to crossing a “red line.” 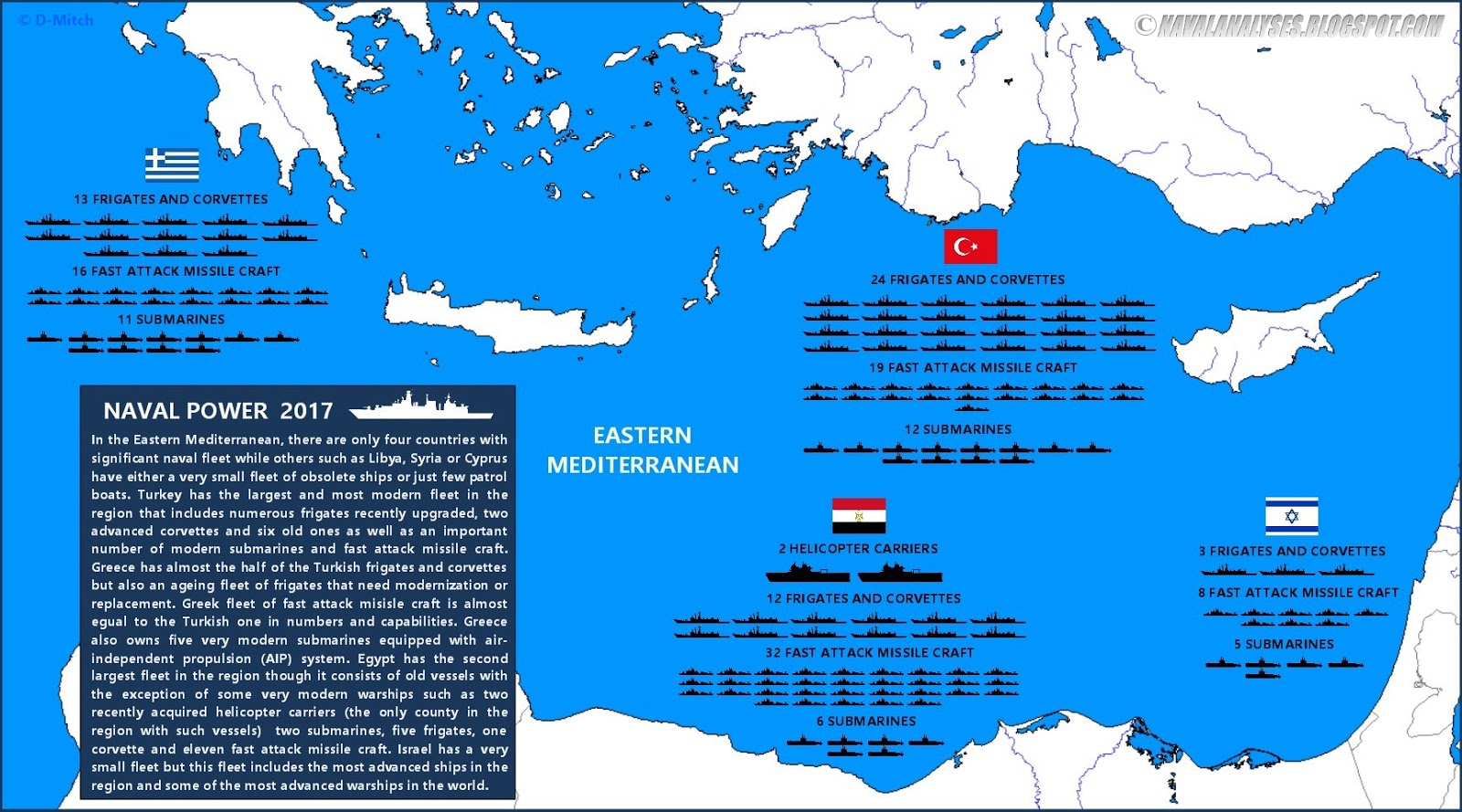 “A military intervention would be suicide for Egypt,” Emrah Kekilli, a Libya expert and researcher at the Foundation for Political, Economic and Social Research (SETA), told Daily Sabah, adding that Cairo could not surmount the social, economic and political burden of such an act.

“The aim of that move is to hold Haftar at the negotiation table and create an equation where the warlord is in control of Jufra and Libya’s oil crescent,” Kekilli continued. “Statements indicating that a sovereign country has to stay in the hands of a militia leader are words that could only come of the mouth of international dark powers.”

As the battle lines of the war in Libya have shifted rapidly in recent weeks in favor of the GNA, founded in 2015 under a U.N.-led political deal, Haftar’s backers have been watching closely.

Haftar, based in eastern Libya, launched an offensive to try to take the capital Tripoli and control of the country from the GNA with the backing of Russia, the United Arab Emirates, Egypt and France. Weapons and mercenaries have poured in to support the warlord, stymieing U.N. efforts to establish permanent peace and stability in a country that has been torn by violence, militias and foreign interests since the 2011 toppling of longtime ruler Moammar Gadhafi.

Yet, Haftar’s unsuccessful 14-month assault was reversed when the GNA gained the upper hand in the war after retaking a number of strategic gems including the city of Tarhuna and the al-Watiya air base earlier this month. After suffering a series of setbacks, the offensive stalled and Haftar’s forces have since been in retreat. According to the U.N., Haftar’s failed campaign to capture Tripoli set off a humanitarian crisis, with 1 million people in need of aid and almost a half million people internally displaced. Speaking to Daily Sabah, Zekeriya Kurşun, an academic at Fatih Sultan Mehmet University and the head of the Association of Researchers on the Middle East and Africa (ORDAF), underlined that Egypt is Libya’s neighbor and has the right to protect its borders against security threats but said that Cairo’s latest statements did not originate from these facts.

“It is not rational for Egypt, which cannot stop terrorism or get an edge over Sinai even though it has a large army, to engage in such an adventure,” he said, “Egypt has a psychological interest. Firstly it is possible that Cairo, which is unique in the region in terms of governance and understanding, desires a similar administration to itself and thus supports Haftar. Secondly, it is a well-known fact that Egypt does not act on its own. Cairo could be in a search of ensuring the continuity of two Gulf countries’ support to its own administration. Third, considering the problems with Ethiopia, Cairo wants to raise its voice here to re-establish the internal prestige it has lost as an answer to the opposition within.”

Egypt, the most populous Arab country with 100 million people, relies almost exclusively on the Nile for farming, industry and domestic water use. Ethiopia began building a $4.8 billion hydroelectric dam on the Blue Nile, one of the Nile’s major tributaries, in 2011 as part of a plan to expand its power exports. This puts two downstream countries, Egypt and Sudan, in a difficult position, and talks have reached a deadlock.

Kekilli also says that Cairo’s primary concerns in Libya are not economic, and if that were the case, Egypt would seek a more rational consensus. “Egypt could have different agendas. Looking at the supportive messages coming from Saudi Arabia and the UAE or considering that these brought the Egyptian junta regime to power, it can be understood that Cairo has an agreement with these countries and acts upon certain promises,” he said.

Kurşun added that Cairo is in a similar position as Russia and France, which have significant interests in war-ravaged Libya.

A day after Egypt’s threats on Libya, Saudi Arabia and the UAE supported el-Sissi’s statements. “Saudi Arabia stands by and supports Egypt on the right to protect its borders and people,” Saudi Arabia’s official news agency said in a statement, while the Foreign Ministry of the UAE said it supports all actions by Egypt to ensure its stability and security.

Conversely, the international community, the U.N. and the GNA denounced these statements, saying that the rival sides should return to negotiations and stop escalating tensions in the country. The Libyan government on Sunday called the Egyptian president’s military intervention threat a “declaration of war,” underlining that there can be no “red line” within Libya’s borders. Accordingly, the European Union’s chief spokesperson said Monday, “The people of Libya … do not need more escalation, do not need more confrontation.”

Following a string of military setbacks over the past few months, Haftar’s patrons have become alarmed and called for a truce. Even though Cairo urged international support for their initiative, the call was dismissed as an alternative to the U.N.-led talks. Turkey described those negotiations as “stillborn” since the warlord ignored previous calls for a peaceful solution and continued to attack civilian settlements.

“Trying to continue the relevance of Haftar with such a bluff is leading to a protracted political stalemate. A scenario where Haftar holds control of Jufra and the oil crescent renders peace fragile,” Kekilli said, noting that Jufra military air base is the destination for foreign actors’ arms support that enables Haftar to attack the legitimate government while further deepening the civil war.

“Egypt sending soldiers to Libya would cause a conflict that could last years. It is irrational in that it would lead to a situation like Saudi Arabia in Yemen where Egypt would want to leave the conflict as soon as possible and would not get any result in this process,” Kekilli highlighted.

Strategically located in central Libya, Jufra air base has served as the main air and logistics hub for Haftar’s forces to launch attacks to the west. “These bases are run by foreign countries to create chaos in Libya, the GNA said, adding that the base was used as a launching pad of attacks toward the government while the U.S. recently published imagery showing Russian warplanes at the air base which confirmed claims of a foreign presence. Jufra “suffocates the south and separates it from the rest of Libya, as it cuts the food and drug supply from all the cities of the south” the GNA explained.

“I believe that tensions will continue to rise until the issue of Sirte becomes clear,” Kurşun said.

The key city of Sirte, which lies some 450 kilometers (280 miles) east of the capital, is currently under the control of Haftar’s forces. Taking Sirte would open the gate for Tripoli-allied forces to advance even farther eastward and to potentially seize control of vital oil installations, terminals and oil fields that forces loyal to Haftar shut down earlier this year, cutting off Libya’s major source of income.

Libya holds Africa’s largest crude reserves, but nine years of conflict and violence in the country since 2011 have hobbled production and exports.

Saying that the Egyptian army undoubtedly is large in number, Kurşun explained that their military is directed toward interior security and used to spin the economic wheel of the country. “Thus the Egyptian army does not constitute a power neither within Sinai nor outside its borders,” he said.

“Furthermore, the supporters of Haftar in the region Egypt threatens to intervene in are principally tribes, tribes that are not in harmony with Cairo. Since Egypt invading this region actively would harm the interests and privileges of these tribes, they would oppose them, complicating such a move by Cairo,” Kurşun added. 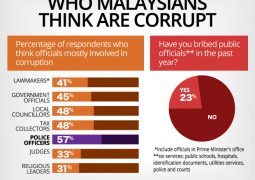 Corruption is Malaysia’s number one enemy 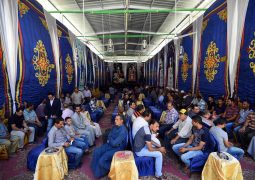 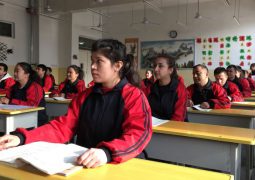 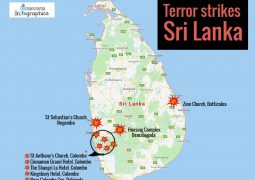 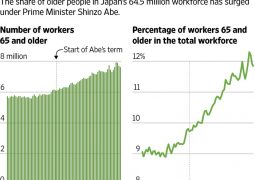