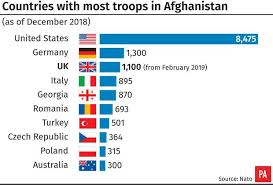 The proposed Afghan peace deal presented Friday to President Trump by the administration’s top peace negotiator would accomplish the president’s major goal of beginning to withdraw thousands of U.S. forces from the country, after nearly 18 years of fighting and just over 2,400 U.S. personnel killed.

In return, Taliban insurgents would agree to cut ties with al-Qaeda and prevent it from operating or carrying out activities in areas of Afghanistan under Taliban control. This commitment is something U.S. military officials have said is important to help prevent other extremist groups from using Afghanistan as a springboard for attacks against American interests in the region.

Beyond that, however, the agreement as described by U.S. officials leaves several key issues unaddressed, others not yet explicitly endorsed by the Taliban, and still others to be worked out at future meetings between Taliban and Afghan leaders that have not yet been confirmed or announced.

While the plan, as drafted, is said to include an explicit link between U.S. withdrawal and Taliban agreement to start negotiations with Afghan officials, it is not clear how firmly it spells out a Taliban commitment. These talks, which would determine the future place of the Taliban in national life and power, are a key demand of the Afghan public as well as national leaders.

Taliban officials have repeatedly said they will not meet with the current government, headed by President Ashraf Ghani, which they view as a U.S. puppet. That is still their official public position, though U.S. officials say they expect that the agreement will include a Taliban statement of willingness to conduct talks with official Afghan representatives.

Afghans remember the five years of Taliban rule, from 1996 to 2001, as a time of religious repression and fear, especially for women, who were not allowed to work, study or leave home without a male relative. In the years since, the country has built a more democratic system, and all citizens have enjoyed personal and political freedoms.

Many Afghans fear losing such rights and freedoms if the Taliban are able to impose their will. Afghan officials, left out of the current negotiations, have repeatedly expressed worry that the Trump administration is chiefly concerned with bringing U.S. forces home, even at the cost of Afghan stability and democracy.

And while the deal being presented by chief U.S. envoy Zalmay Khalilzad to administration officials makes reference to a cease-fire, it does not explicitly include an agreement or date for a cease-fire to take place, but rather indicates that those details are to be discussed among the Afghans. A permanent cease-fire was originally one of the United States’ four chief demands during the talks, which began last fall.

Without such a cease-fire commitment, Afghans fear that the war could continue without the foreign support on which Afghan forces rely, including airstrikes in support of ground forces.

With international training and funds, the Afghan defense forces have improved steadily in recent years, especially its Special Operations forces, but foreign experts think they would not be capable of defeating the Taliban on their own. The insurgents have fought both Afghan forces and their foreign allies to a standstill, and now control almost half of the country’s 400 districts.

Finally, in both of the two areas where U.S. negotiators say a concrete deal has been reached — on initial U.S. troop withdrawals and Taliban cooperation against al-Qaeda — there appear to be key elements missing or unaddressed that had always been mentioned during the many months of talks.

n troop withdrawals, U.S. officials said there was agreement for an initial and partial pullout of about 5,000 troops, and that most of the remaining forces would leave over the next 18 months, but they have not addressed the issue of keeping a small U.S. counterterrorism force in the country to fight other Islamist groups.

Taliban officials have repeatedly said that they will not accept any U.S. peace deal until a specific timetable has been set for all foreign troops to leave. But U.S. officials said the issue of leaving U.S. counterterrorism forces here would be taken up afterward, in the Afghan-to-Afghan talks that are expected to follow.

The U.S. government had also previously said that it wanted the Taliban to renounce all links with Islamist terrorist groups, including the Islamic State, which has staged numerous deadly attacks in Afghanistan, including clashes with the Taliban itself. The deal as described by U.S. officials Friday appears to only mention al-Qaeda.

The final issue left hanging is what to do about Afghan presidential elections scheduled for Sept. 28. Ghani, who is seeking reelection to another five-year term and faces 17 challengers, has continued to insist that the polling must be held on time. But the Taliban has threatened to attack both rallies and polling sites, and has warned voters to stay away.

Many Afghans fear that holding elections on time would undermine the peace process and want them postponed. U.S. officials are also said to want elections postponed if a U.S. peace deal succeeds. However, they also said that issue should be determined afterward among Afghan negotiators, who are expected to meet in Oslo.

Meanwhile, until a deal is signed and announced between the United States and the Taliban, the race will presumably continue. 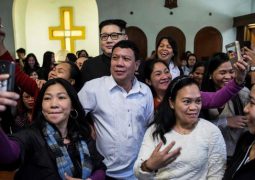 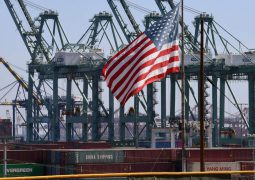 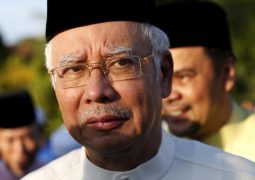 Discontent in Malay heartland may spell trouble for PM Najib 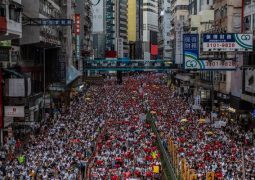 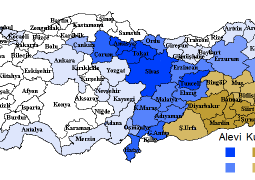