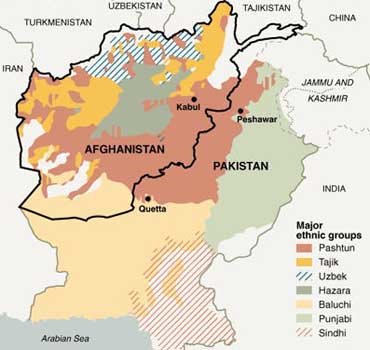 BY Rebecca Kheel AND Ellen Mitchel

Calls for an end to so-called forever wars are being bolstered this week by a bombshell report detailing how U.S. officials lied when they claimed progress in the 18-year war in Afghanistan.

Lawmakers, particularly Democrats, have responded to the revelations with demands for hearings and calls to withdraw from America’s longest war.

That the war in Afghanistan is not going as well as officials claim is not surprising, with the running joke among defense watchers being that the war has turned so many corners it is going in circles.

But private interviews conducted by a government watchdog and published this week by The Washington Post document in stark detail how officials from the Bush administration to the present were providing grim outlooks behind closed doors even as they painted a rosy picture in their public statements.

“We ought to call for public hearings on Afghanistan based on the Post’s reporting of the ‘Afghanistan Papers,’ and we’ll ask what our mission has been, why did it go wrong, who all lied to the American people,” said Rep. Ro Khanna (D-Calif.), a progressive member of the House Armed Services Committee.

“Subpoena all of the people who were mentioned and have them account and explain to the American people in some cases why they lied and in other cases why they were utterly incompetent,” Khanna added.

The trove of documents published Monday by the Post include more than 2,000 pages of notes and transcripts from 428 of interviews with U.S. officials, as well as several audio recordings.

The Post dubbed the documents “The Afghanistan Papers,” invoking the Pentagon Papers published in the 1970s by the Post and The New York Times that revealed a secret history of the Vietnam War.

The interviews were conducted by the Special Inspector General for Afghanistan Reconstruction (SIGAR) as part of the research it did for its “Lessons Learned” series of reports. SIGAR has been among the harshest critics of the war, but the Lessons Learned reports omitted the bluntest language found in the interviews.

The raw interviews show officials acknowledging that “we didn’t know what we were doing,” “we clearly failed in Afghanistan,” and that the strategy included “so many priorities and aspirations, it was like no strategy at all.”

Officials also called the goal to build a strong central government in Afghanistan “idiotic,” blamed a flood of U.S. aid dollars for the “development of mass corruption” that was “somewhere between unbelievably hard and outright impossible to fix,” and labeled the plan to train Afghan forces into an effective military “insane.”

They admitted that “every data point was altered to present the best picture possible” and that Taliban attacks were cited as signs of progress “to make everyone involved look good, and to make it look like the troops and resources were having the kind of effect where removing them would cause the country to deteriorate.”

The Afghanistan Papers gave fodder to those in Congress who have long pushed for a withdrawal.

“We need to withdraw,” Khanna said. “We need to have a negotiation, come out with an agreement within six months, and withdraw.”

Others called for hearings into the issue.

Senate Armed Services Committee member Sen. Kirsten Gillibrand (D-N.Y.) penned a letter to the leaders of the committee calling for a hearing “to examine the questions raised by this reporting and provide clarity with respect to our strategy in Afghanistan, a clear definition of success, and an honest and complete review of the obstacles on the ground.”

Senate Armed Services Committee Chairman James Inhofe (R-Okla.) said he would wait to make a decision on holding a public hearing until after a previously scheduled closed-door briefing Wednesday with Gen. Scott Miller, commander of U.S. and NATO forces in Afghanistan, and Randall Schriver, assistant secretary of Defense for Indo-Pacific security affairs.

Meanwhile, the House Armed Services Committee held its own previously scheduled closed-door briefing on Afghanistan on Tuesday morning with Miller and Schriver. The committee also has a public hearing with Esper on Wednesday on Syria. Afghanistan is now expected to be raised as well.

“The main concern is to make sure that we get a clear picture going forward, that they don’t try to make it look artificial and rosy,” Smith said of the situation in Afghanistan.

Smith added that he doesn’t yet have a clear plan for making sure that officials stay honest and accountable in their reporting of the war to Congress and the public in the future.

“I don’t have any really good ideas at the moment, but we are looking at it and trying to figure it out, because we are deeply concerned about it,” he said.

Rep. John Garamendi (D-Calif.), meanwhile, said he left halfway through the briefing after lawmakers expressed concern over the Afghanistan Papers but “went on to hear what we’ve heard before” from the Defense officials. He also said questions were more focused on the present than the past.

“The members were asking what kind of detail we’d get past what we’ve heard over and over and over,” he said. “We learned nothing that could not have been said in public.”

“The war in Afghanistan has gone on too long and I’m disgusted by the failures in U.S. policy-making which have kept our forces there for years after they should have departed,” Engel said in a statement. “This week’s reporting confirms many of my concerns about the lack of a coherent and achievable strategy to ending the war in Afghanistan, and the committee will continue to seek answers about what went wrong in Afghanistan and how to bring the war to an end.”

Despite the revelations, the response on Capitol Hill was somewhat muted as impeachment proceedings consumed much of Washington’s attention.

Sen. Lindsey Graham (S.C.), one of the GOP’s most prominent defense voices, said Tuesday he hadn’t yet read the report because he’s “been so focused on this other stuff.” Senate Foreign Relations Committee Chairman Jim Risch (R-Idaho) also said he hadn’t read the report.

Sen. Mitt Romney (R-Utah), who chairs the Senate Foreign Relations subcommittee with oversight of the Afghanistan War, said he read the report but not the underlying documents and would refrain from commenting until he had done so. The top Democrat on the subcommittee, Sen. Chris Murphy (Conn.), said he hasn’t read the report.

President Trump has repeatedly expressed a desire to withdraw from Afghanistan, where 13,000 U.S. troops are still fighting.

The U.S. mission in Afghanistan officially is twofold: to train, advise and assist Afghan forces in the fight against the Taliban and to conduct counterterrorism operations against groups such as al Qaeda and ISIS.

Trump opened up direct U.S. negotiations with the Taliban for the first time and was on the precipice of a deal earlier this year that would have seen U.S. troops withdraw. Talks collapsed for months after Trump invited, then uninvited Taliban leaders to Camp David, but negotiations resumed this past weekend. 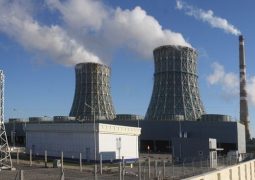 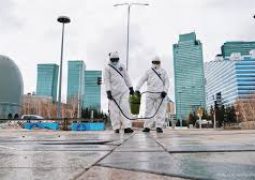 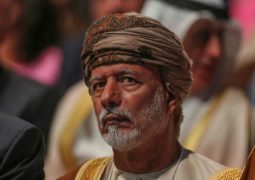 Oman is a soul comporter for OIC: It sends foreign minister to Iran amid regional tension 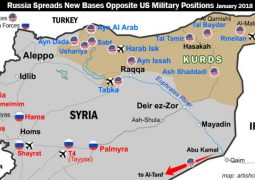 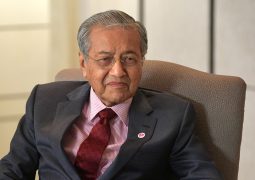 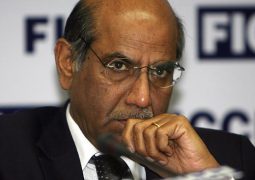