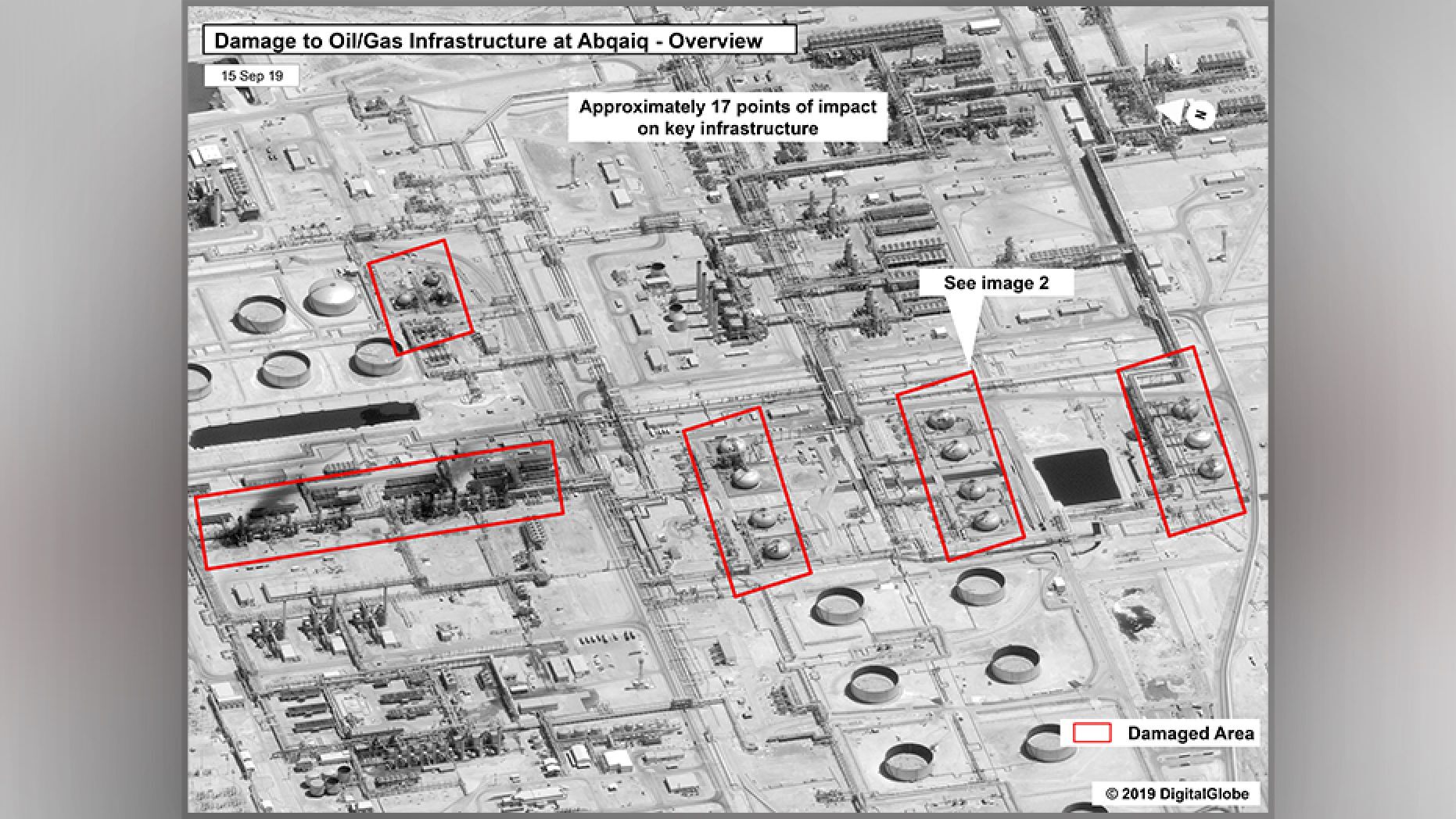 Tehran says it is now ready now to fight a full-fledged war with the U.S.; Benjamin Hall reports from Jerusalem.

It has been more than three days since Saudi oil infrastructure was crippled and, as the investigation continues, fingers are pointing toward Iran as not only the perpetrator, but also the launch territory.

U.S. officials told Fox News on Tuesday that Iranian cruise missiles and drones were both used in the attack on the two Saudi Arabian oil facilities, and that they were fired from inside southwest Iran.

The Saudi Arabian oil facilities attacked from Iran are located across the Persian Gulf, an area where Saudi forces had largely not protected with air defense systems, the official said.  Not all the Iran weapons hit their target in Saudi Arabia. Some fell short.

The U.S. Patriot missile defense system does not have 360-degree coverage.

The Patriot radar can only point in one direction.  Most of Saudi Arabia’s air defense systems are in the south to protect from Iranian-backed Houthi rebels in Yemen who have launched rockets, drones and missiles into the Kingdom for years.

One official called the area in Saudi Arabia where the Iranian forces hit, a “blind spot.”

U.S. teams are on the ground in Saudi Arabia collecting the debris from the weapons used in the attack, which knocked out half the Kingdom’s oil capacity. Some officials have said Iran-backed Houthi rebels in Yemen could have also launched a small attack into southern Saudi Arabia, but that the main attack came from Iran.

“Iran has a long history of testing its strength. But they never climb too high up the escalation ladder. At a certain point, when the world says enough, they come back down,” a senior administration official told Fox News. “We do see a role for the UN Security Council to play. Saudi was attacked and it would be appropriate for them to call upon the Council. But we first need to gather the releasable information.”

The attack against the oil facilities last weekend showed 17 direct hits to the oil tanks and other infrastructure, according to satellite imagery released by the Trump administration, showing much greater proficiency with their more advanced weapons, officials say.

This image provided on Sunday, Sept. 15, 2019, by the U.S. government and DigitalGlobe and annotated by the source, shows damage to the infrastructure at Saudi Aramco’s Kuirais oil field in Buqyaq, Saudi Arabia. The drone attack Saturday on Saudi Arabia’s Abqaiq plant and its Khurais oil field led to the interruption of an estimated 5.7 million barrels of the kingdom’s crude oil production per day, equivalent to more than 5 percent of the world’s daily supply. (U.S. government/Digital Globe via AP)

Officials and intelligence analysts have shot down Houthi rebel claims that they fired them from Yemen territory. Iraq categorically denied that the attacks came from within its borders, despite it being a geographic possibility. U.S. surveillance is not reported to have detected a boat in the Persian Gulf that technically could have been utilized as a discharge pad.

The investigation has thus turned more to Iranian terrain – and the probability that it was not just drones used to decimate at least 17 targets and knock out 5.7 million barrels of daily oil production – but cruise missiles.

The Houthis may have been involved in a small attack, but it is a diversion from the main culprit and the broader attack 500 miles north, officials say.

A spokesperson for the Houthi rebel group told Fox News that the government of Iran backs them and provides them with weapons and logistical support, but claimed that the relationship between the two has mostly been overblown.

Indeed, the sophistication of the assault, according to defense and geospatial experts, indicates a level far beyond the capability Houthis have demonstrated in previous infiltrations of Saudi airspace in terms of its precision, scope and distance.

Abqaiq, one of the two major facilities that came under the air bombardment over the weekend, is one of the most vital oil production facilities in the Gulf as it carries out the intricate process of cleaving the hydrogen-sulfide gas from oil.

“Abqaiq is an over-centralized chokepoint. More than two-thirds of Saudi crude oil goes through that one facility on its way from the wells to export terminals. Abqaiq is where Aramco takes gas, dirt, sand, sulfur, and other impurities out of the stuff that flows up from wells,” said Joseph Duggan, a geopolitical consultant who worked as a speechwriter for President George H.W. Bush, in the State Department for President Ronald Reagan, and in Saudi Arabia for six years at Aramco headquarters.

“Abqaiq will have to be rebuilt, but the Saudis also should build redundant facilities dispersed around their country for the processing and blending that is now done primarily at Abqaiq,” he added.

Duggan also noted that Iran has undertaken cyberattacks against Aramco in the past, including malware that killed most Aramco desktop computers in 2012 and malware that attempted to spark an explosion at a petrochemical plant in 2017.

So what does an investigation of this scale involve as to who was behind the attacks?

“Radar tracks. The area is heavily trafficked by aircraft so there will be radar records from commercial and military sources. Pieces of weapon debris, which give insight into weapon type, country of origin (manufacture), circuits that may contain programming, etc.,” explained Lt. Col. Dakota Wood, a senior research fellow at The Heritage Foundation. “Analysis of attack vector – all targets hit from a specific direction, for example, accuracy and timing of hits – did all weapons hit their target with a precision and/or timed sequence that would imply sophistication in planning and execution of the attack.”

He also said investigators would be looking for eyewitness accounts, as well as isolate any “chatter” or intercepts acquired by intelligence services that would reveal a “controlling hand” or communications between/among people that would reveal individuals, organizations and chain of command.

“Satellite imagery or video that might reveal the movement of units or pieces of equipment necessary to execute such an attack. And the effect of the munitions used – weapon platform, warhead, or explosive was able to penetrate ‘x’ or caused ‘y’ damage at a given level,” Wood surmised. “By combining all of the bits and pieces of information, one is able to dismiss many possible actors and narrow the focus on just those able to acquire and employ the types of weapons used, reveals how close they had to have been to prosecute the attack and who was communicating with whom in the time leading up to, during, and after the attack.”

Tehran has vehemently rejected any involvement, but such familiar denials are so far falling on deaf ears.  “We want to find definitively who did this,” President Trump said in a press briefing Monday afternoon. “We pretty much already know.” 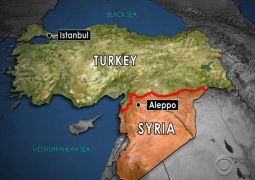 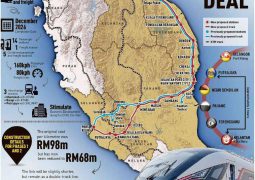 China-Thailand-Malaysia Railroad to be build: It will allow to by by-pass Melaka straight 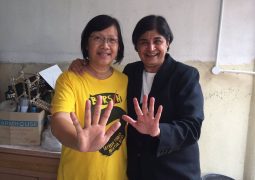 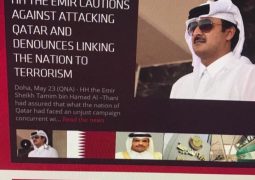 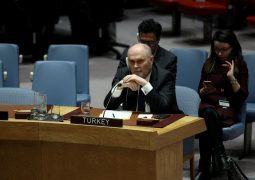 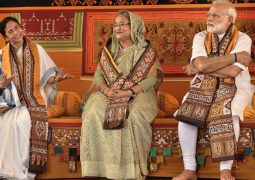