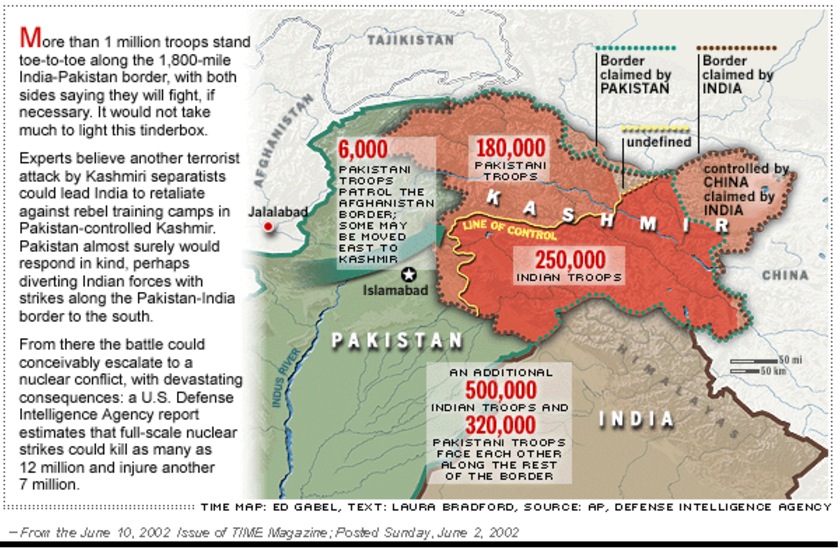 Anger and defiance mark one month of Kashmir siege

One month since a lockdown was imposed in Kashmir, residents vow to resist New Delhi’s move to scrap its special status.

Srinagar, Indian-administered Kashmir – Haleema had to begin her journey at dawn, travelling through deserted roads from her home in southern Kashmir’s Shopian district and waited at a park outside the central jail in Srinagar, the main city in the Muslim-majority region.

Two hours past noon, Haleema was still waiting and uncertain if she would be allowed to meet her husband, Bashir Ahmad.

“He was picked 20 days ago,” she said, “like they pick everyone else.”

“They don’t need a reason and we cannot ask questions,” she said.

The memorial park outside the central jail has become a waiting zone for families who want to see their detained relatives.

The park is a memorial built for the protesters who were killed in 1931 as they rebelled against the Hindu king who later oversaw the accession of his Himalayan princedom to India, setting off a dispute that has lasted for decades.

The names of these protesters – who have been venerated as martyrs – are carved on a black marble slate at the park’s entrance. Inside the park, a large graffiti slogan greets the tired visitors: “We will fight till the last breath”.

Haleema said she wanted to see her husband. “I miss him. I don’t know how long he will be jailed. Maybe a year, or two,” she said, adding that she now has to take care of their four children.

‘Tip of the iceberg’

The number of detentions and arrests made across Indian-administered Kashmir in the past month, since New Delhi abrogated Article 370 of the Indian constitution that granted the region a limited autonomy, is not known as officials have remained tight-lipped. 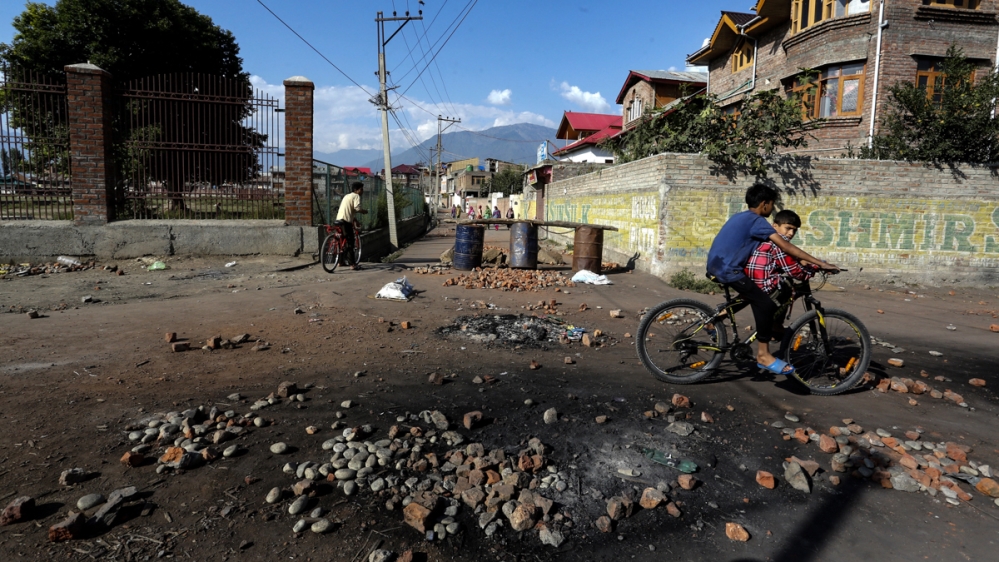 To pre-empt protests, the Indian government unleashed an unprecedented crackdown at midnight on August 5, with phones and the internet suspended and the region put under strict lockdown.

Even pro-Indian politicians were not spared: At least three former chief ministers remain detained amid a near-total communication blackout.

While the government claims that the situation is returning to normalcy in the disputed territory, official figures accessed by Al Jazeera show that, since August 5, there have been 588 incidents of stone-throwing, 458 of which were reported from the main city of Srinagar where some of the old parts of the city are still under restrictions.

Official figures show that 3,500 people have been arrested and 350 of them have been booked under the Public Safety Act (PSA) – a law that allows lengthy detentions without trial. The figures say that only 135 people have been wounded in the last month.

India’s powerful Home Minister Amit Shah, who announced the suspension of Kashmir’s special status on August 5, said the decision would correct the “injustice meted out to the people of Jammu and Kashmir for the past 70 years”.

The ruling Hindu nationalist Bharatiya Janata Party (BJP) was critical of the special status granted India’s only Muslim-majority region, one of them being Article 35A which prevented non-Kashmiris from owning land in the disputed region.

With Article 370 and Article 35A gone, Kashmiris fear a threat to their identity and demography as people from other parts of the country can now buy land and settle there.

At his home in Srinagar’s Anchar neighbourhood, 54-year-old Mohammad, who identified himself only by his first name, said he fears for the future of his children.

“Our children will suffer,” he said. “If we remain silent now, what will happen to them,” the father of four said.

Anchar, a neighbourhood on the northern edge of Srinagar, has been a major flashpoint for the past month as families defended the neighbourhood from multiple raids by Indian police and paramilitaries.

Bano, a 30-year-old nurse, said she treated nearly 300 young men and women from Anchar who had been wounded by pellet guns because residents feared they would be detained if they went to hospitals for treatment.

“On Friday (August 30), more than 200 people were injured. I treated these people with my limited equipment and took out pellets from their bodies inside the mosque,” she said.

Later that evening, a doctor and a male nurse from a nearby hospital sneaked into the neighbourhood with a box of medicines.

“We managed to help the injured, some youth had 100 and some had 200 pellets in their bodies. But when someone is hit in the eyes, it is impossible to do anything,” she said adding that many of the injured are lying at home and have yet to receive proper treatment.

Bano said she used a forceps, eyebrow tweezers and a knife to operate on the wounded. “I also took out pellets from the bodies of four women,” she said.

Youths have set up groups to keep a night vigil on the neighbourhood’s entrances.

Aijaz, 25, said he is part of the daily guard duty to defend the front lines of Anchar and participated in protests during the past month.

“We are not resisting for our own selves,” he said, “but for the future of Kashmir”.

“We were praying on Friday at the mosque and forces came and fired pellets on the worshippers,” he said.

Among the many residents wounded last Friday was 24-year-old Aqib who was hit by pellets in his eyes, mouth, face and arms.

“They are at war with us,” he said. “The way the assaulted us for four hours, it was as if 100 armed rebels were trapped here,” Aqib said at his home, where he was recovering from his wounds.

Aqib’s cousin was also wounded as he tried to escape a chase and fell after jumping a barricade. His arm and leg were fractured.

“Even the ambulances were not allowed to come here and help the wounded. We do not go to hospitals because we fear they will detain us and send us to jails outside for years. We will die here but we won’t leave this place,” he said.

Nusrat, a young female resident, said she was frightened even inside her home where she lives with her seven sisters and parents.

“They target everyone, man or woman, young or old,” she said.

“At night, we don’t dare to sleep because we fear the night raids and more fear for women and young girls.

“On Friday, they had cut off water and electricity supply to punish us. We are not pelting stones but they provoke us,” she said. The water supply was later revived.

Anchar is the only major pocket of resistance in Kashmir, the rest of the region has fallen silent, its people seemingly retreating into their homes.

The major markets in Kashmir, including its commercial hub of Lal Chowk, have remained closed for the past month in a spontaneous shutdown.

Even as the government ordered the reopening of schools for children up to the age of 14, the schools remain empty. Colleges have been shut and turned into barracks.

The restrictions on travel imposed in the initial days of the lockdown have gradually been eased, week after week, locality after locality.

The administration in Kashmir earlier this week said that travel restrictions have been eased on 91 percent of the region. The suspension of communications – mobile phones and the internet – however, continues.

The communications blackout means that families have been cut off from each other and even calling ambulances has become an arduous task.

“They want to exhaust us, they want us in submission,” said 45-year-old Nazir Ahmad, a resident of Rainawari. “But they are wrong”.

The lockdown has also taken a toll on Kashmir’s economy, which has gone into freefall.

The tourism industry, which provided a livelihood for thousands of Kashmiris, has screeched to a standstill, with the picturesque meadow resorts and hotels lying empty.

At the park outside the central jail, Shazia had travelled from northern Handwara town, nearly 80km from Srinagar, to meet her brother.

“My brother is an imam,” she said. “He was arrested for using a loudspeaker during his sermon”.

Shazia said her brother has been booked under the PSA, a law described as “lawless” by Amnesty International.

She said her eight-year-old niece had cried for days as she insisted on seeing her father. “We came so she could see her father,” Shazia said. 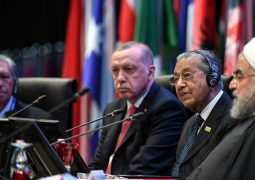 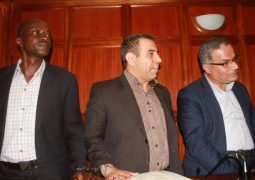 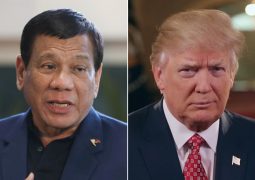 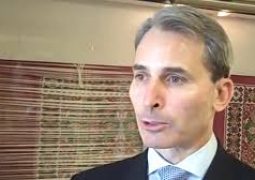 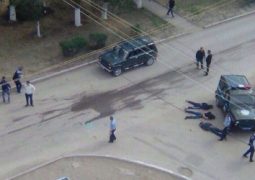