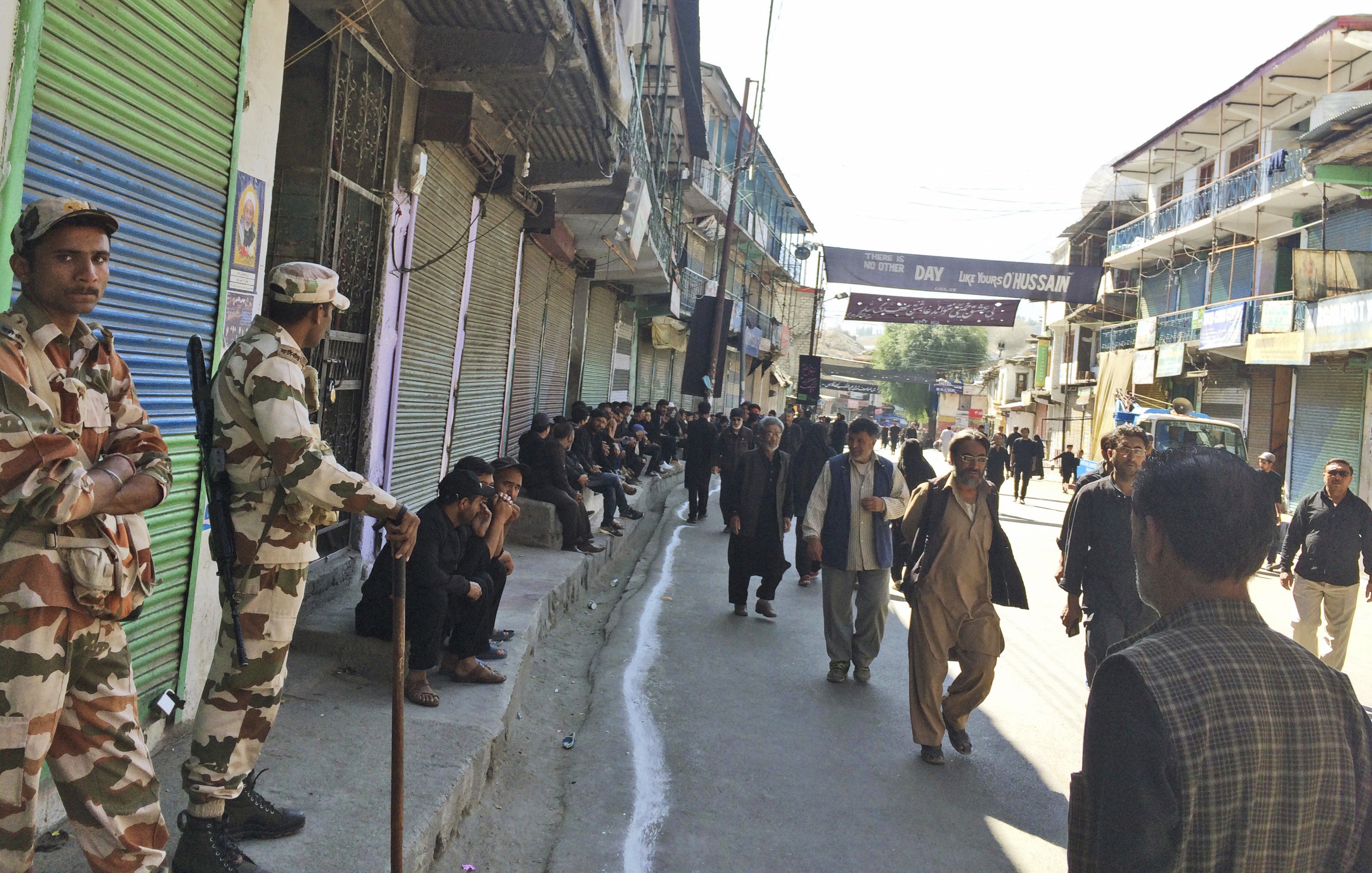 On August 5, New Delhi stripped Indian-controlled Kashmir of its statehood and divided it into two centrally governed union territories – Jammu and Kashmir, and Ladakh.

India and Pakistan both claim predominantly Muslim Kashmir, and the territory is divided between them, with insurgents battling Indian forces for three decades. Since the move eight weeks ago by India’s Hindu-led government, it has flooded the region with additional troops that enforced a security crackdown and communication blockade.

Tensions also have existed for years in the Ladakh region in northeastern Kashmir, which is further divided administratively into the Leh district, which is predominantly Buddhist, and the Kargil district, which is mostly Muslim. There also have been occasional border skirmishes between India and China.

On October 31, New Delhi will formally take direct control of Ladakh, which is famous for its sparsely populated and stunning landscapes, Buddhist monks in mountaintop monasteries and elusive snow leopards prowling rugged terrain.

That move is raising fears about the future in both the Buddhist and Muslim communities, although so far the tension has been confined to cultural and political differences, without violence.

When the change in governmental status was announced for Ladakh, there were celebrations by its Buddhist population, which has been demanding separation from Kashmir since shortly after India achieved independence from British rule in 1947.

For decades, Buddhist leaders complained that Muslims controlled funds and jobs allotted by the central government. Those demands gathered momentum in the late 1980s when an insurgency against Indian rule broke out in Kashmir. But the Buddhists’ joy in August has given way to fears of land grabs, a loss of trade and damage to the fragile ecosystem of the region’s high-altitude deserts.

Buddhist leaders in Leh also are wary of demographic change, as residents from elsewhere in majority-Hindu India seek to put down stakes in the sublime mountain landscape. In both districts, the Indian army maintains dozens of bases along the Pakistan and China frontiers.

“We celebrated for this, true. But we realise that with good things some bad things also come,” said Sonam Dawa, general secretary of Ladakh Buddhist Association, which spearheaded a campaign for the territory to be directly controlled by New Delhi.

He vowed that the community would “not sell even an inch of land to any outsider”.

“We want guarantees that our land, people and businesses are safe. We trust that central government will take measures to protect us on these accounts,” Dawa said.

Their concerns spread beyond political and religious issues. About 370,000 foreign and domestic tourists visited Leh last year. By the end of this year’s peak season in August, however, the region recorded fewer than 200,000 tourists.

Days before the Kashmir reorganisation plan was presented in Parliament, tens of thousands of additional troops were deployed to the restive region – already one of the most militarised in the world – and authorities ordered tourists, Hindu pilgrims and students to leave.

Tsetan Angchuk, who heads the All Ladakh Tour Operators Association, said its members worry about their future.

“So far, we have had about 45 per cent downfall in tourism. We don’t want direct investment by outsiders in the tourism sector. We should be our own masters,” he said.

The region is also home to world’s highest battlefield: the icy expanse of the Siachen Glacier, where thousands of troops from India and Pakistan are stationed at elevations of up to 6,700 metres. More soldiers have died there from the harsh weather than combat.

Portions of the Indian-Chinese border also are disputed, with Beijing controlling a part of the territory’s Aksai Chin area. Both countries fought a bitter war in 1962 that spilled into Ladakh.

Skirmishes between soldiers from the two countries have occurred as recently as last month.

Sonam Wangchuk, an engineer who runs the Himalayan Institute of Alternatives, hopes the Ladakh region can become a model for eco-tourism.

“We need to have protection for our people, land and ecology. We need to have safeguards to protect not just Ladakh from outsiders but also from Ladhakis,” he said at his institute outside Leh that is still under construction.

“We’re not alien to the fact that many times these [decisions] are good on paper but disastrous on the ground,” he said. “I’m not afraid of tourism. I’m afraid of lacking management for it.”

The approaching October 31 change in administrative rule from New Delhi is largely unwelcome in Ladakh’s Kargil district, where Muslims want to remain tied to the Kashmir valley. Residents of the area, which is famous for its apricot orchards, initially greeted the news with protests and by shutting down their businesses in August to express their desire to stay linked to the Kashmir valley.

After a few days, the protests ended in the town of Kargil, which has seen unprecedented militarisation after India and Pakistan came close to a fourth war when troops from the two nuclear-armed neighbours fought for months along the Kargil Himalayan heights in 1999. India said Pakistani soldiers disguised as Kashmiri rebels had taken over some heights in the region, but Pakistan denied this and said the intruders were local insurgents.

About a dozen people interviewed said officials had threatened local politicians, religious leaders and activists with being charged under the Public Safety Act that could mean imprisonment for up to two years without trial.

Kargil’s district administrator, Baseer-ul-Haque Chowdhary, insisted there was no coercion involved in ending the demonstrations and that authorities “persuaded the public to return to their businesses”.

Asgar Ali Karbalai, a political and social leader in Kargil, said the population has an “unbreakable cultural, political, religious, geographical and historical relationship” with the Kashmir valley, where many of the region’s 7 million people support a 30-year armed insurgency demanding an independent Kashmir or a merger with Pakistan.

On a recent chilly night at a religious centre in the village of Hardaas, where a preacher narrated the tale of the battle, chest-beating worshippers burst into pro-Kashmir slogans and called for an end to India’s crackdown.

“India made the decision against our will. We will rise, and rise we will against this oppression like our leader Imam Hussein,” said apricot farmer Akhoon Mohammed Ali as the crowd dispersed around midnight.

Farmers like Zakir Hussain complained the apricot harvest was rotting because the main market in the Kashmir valley was locked down.

“Our market is Kashmir, not Leh,” he said. “The lockdown is destroying our livelihood.”

Muslims in Kargil say the India’s administrative changes in the region won’t alter any of the territorial disputes with either Pakistan or China.

“Even if they carve out 10 union territories out of our land, it’ll remain part of the Kashmir dispute,” said activist Mohammed Rizwan, pointing to a remote barren mountaintop where a Pakistani military post overlooked the town.

As Turkey Cracks Down, Kurdish Mayors Pack Bags for Jail 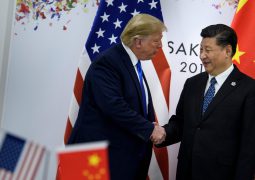 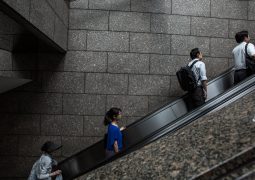 Japanese are gettings old and so the social habits are changing: Japan’s Working Mothers: Record Responsibilities, Little Help From Dads 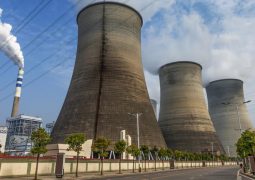