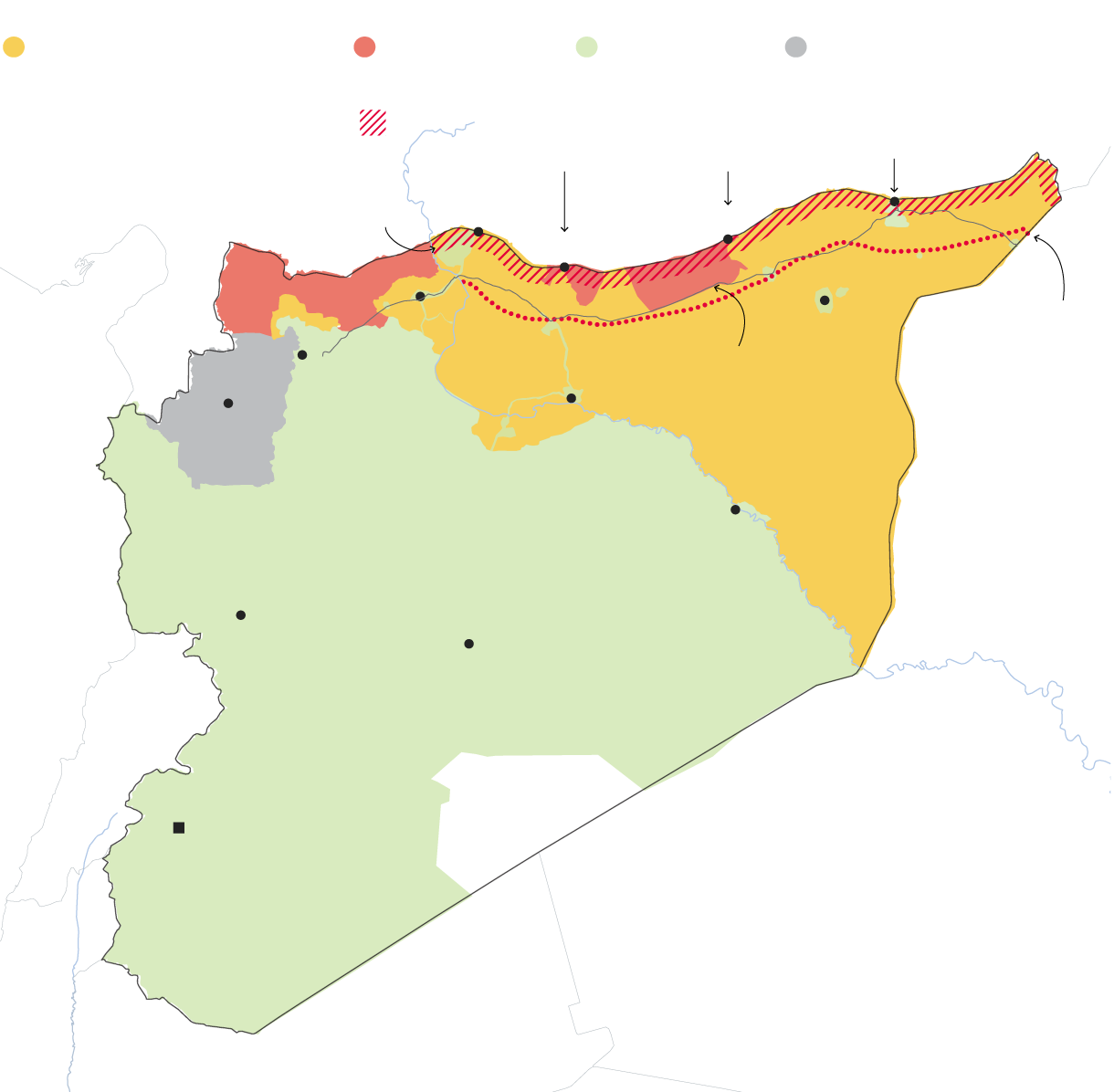 One month after Turkey launched its operation in northeast Syria, an uneasy truce prevails, but what comes next?

Ankara, Turkey – In the month since Turkey launched a military operation to drive Syrian Kurdish forces back from its border, northeastern Syria has settled into an uneasy truce.

Turkish troops control a 120km (75-mile) strip of territory between the towns of Tal Abyad and Ras al-Ain in northeast Syria.

The remaining border zone that had been controlled by the Kurdish-led Syrian Democratic Forces (SDF) is patrolled by Russian and Turkish soldiers working together.

The Syrian government’s forces have also moved into the region to establish themselves in towns and villages it ceded to Kurdish forces early in Syria’s eight-year war.

“The biggest winner has been the Syrian government and President [Bashar] al-Assad,” said Kamal Alam, a London-based military analyst specialising in Syria and Turkey.

“He was able to get more territory in Kurdish areas in just a few weeks than he had in five years.”

Turkey’s Operation Peace Spring was precipitated by a decision by the United States, which had been allied with the SDF in the fight against the Islamic State of Iraq and the Levant (ISIL or ISIS) group, to withdraw its forces from the frontier with Turkey.

The Turkish military and its Syrian militias crossed the border on October 9 as President Recep Tayyip Erdogan pledged to drive the SDF fighters away from its border and establish a “safe zone” to house some of the 3.6 million Syrian refugees living in the country.

The SDF is dominated by the People’s Protection Units (YPG), labelled “terrorists” by Ankara because of its ties to the Kurdistan Workers’ Party (PKK), which has waged a 35-year war inside Turkey that has led to tens of thousands of deaths.

Feeling abandoned by the US, the SDF turned to the Syrian government for help as the US agreed to a ceasefire with Turkey that would allow Kurdish forces to withdraw 30km (19 miles) back from the border.

Erdogan also agreed to a deal with Russia, al-Assad’s main backer alongside Iran, for Turkey to keep control of the area it had seized and for Syrian government and Russian forces to take over the remaining 30km (19 mile) deep border area. Meanwhile, it was agreed that joint Turkish-Russian patrols would monitor up to 10km (six miles) from the frontier.

Turkey and Russia their third joint patrol on Friday. However, Erdogan has complained that neither Russia nor the US have honoured their commitments to remove the SDF from the 30km (19 mile) zone amid bomb attacks and sporadic fighting.

As well as allowing al-Assad’s forces back into the region, the agreement also cemented Russia’s role as the pre-eminent international power in Syria, according to Alam.

“If there was any doubt that Russia was the final arbitrator in not just Syria but the wider Middle East, that finalised it,” he said. “Russia’s growing influence in Saudi Arabia, the Gulf and obviously Syria is evident.

“Turkey has no other option than to listen to Russia because, despite being a NATO member, there hasn’t been any support coming from NATO on this.”

Ali Bakeer, an Ankara-based political analyst and researcher, said the “very volatile” situation on the border meant it was too early to draw conclusions on the results of the Turkish operation.

“Turkey is not totally satisfied about keeping the YPG from its area of operations,” he said. “There are still some elements close to the border and there is the possibility that they are preparing a long-term military engagement against Turkey.

“There are still question marks about exactly where the [al-Assad] regime forces are and what they can do. Moscow and Ankara agreed on some general points but they need further technical agreements on the ground.”

Turkey’s operation, its third in northern Syria since 2016, came as Ankara deepened its ties with Moscow and drifted further from the West.

“The US retreat from northeast Syria, and the growing footprint of Damascus, Moscow and Tehran in the region, will threaten Ankara’s long-term strategic interests in the Middle East,” said Aykan Erdemir, a former Turkish MP and now a senior fellow at the Foundation for Defense of Democracies in Washington.

Mitat Celikpala, a professor of international relations at Istanbul’s Kadir Has University, said Turkey, Iran and Russia – the three powers that launched the Astana process in early 2017 to find a solution to Syria’s long-running conflict – had increased their influence in the war-torn country.

“When they started the [Astana process], they wanted to create a situation they would control and that is what they have achieved,” he said. “They have created a situation where they have more influence than the UN in terms of what happens in Syria.

“Russia, in particular, is happy because they are working with Turkey, whereas Turkey’s relations with the US are getting worse and worse.”

Last month, US politicians voted to sanction Turkey following its Syria operation, and passed a resolutionthe mass killings of Ottoman Armenians during World War II as “genocide”. This follows disputes over Ankara’s purchase of S-400 missiles from Russia, Washington’s support for the YPG and the presence in the US of Gulen. a cleric Turkey holds responsible for a 2016 coup attempt.

While Russian President Vladimir Putin and al-Assad have exploited the Turkish offensive to expand into the northeast, the SDF has been pushed south of the strategic M4 highway and has seen its hopes of creating an autonomous Kurdish-majority enclave after the conflict seriously damaged.

“Dreams of Kurdish self-autonomy are the biggest loser,” Alam said. “Syrian Kurds will not replicate an Iraq-like region now,” he added, referring to the semi-autonomous Kurdistan Region of Iraq.

“President al-Assad told the Kurds three or four years ago the Americans would leave them high and dry and he’s been proven right.”

Within Turkey, the operation against the SDF has proved widely popular as it has been framed in the context of battling the PKK.

Raising the likelihood of returning refugees has also proved attractive at a time when tensions over their presence in Turkey have grown.

“Almost 85% of the population is very supportive of the operation because of its target and strained relations with the US,” Celikpala said.

“There’s no real opposition to the operation. Also, it addresses the refugee situation in Turkey, with President Erdogan saying it will allow them to go back to Syria.”

According to Erdemir, the operation “reaped significant benefits domestically” in the short-term for Erdogan. “The Turkish president’s job approval ratings have hit the highest figure, 48%, since his defeat at the March elections,” he said.

However, he warned that in the long run, it could “pose a public diplomacy nightmare for Turkey for years to come”, citing  of war crimes committed by its allied Syrian militias. Turkish officials have denied the accusations. 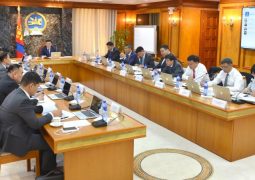 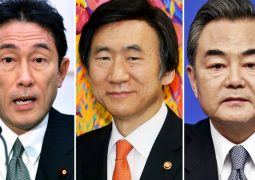 Growing heat over Paracel Islands between Vietnam and China 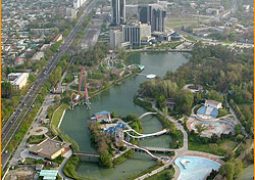 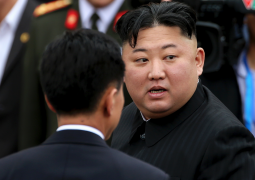 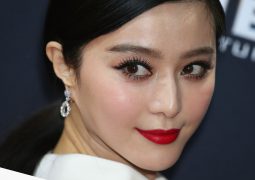